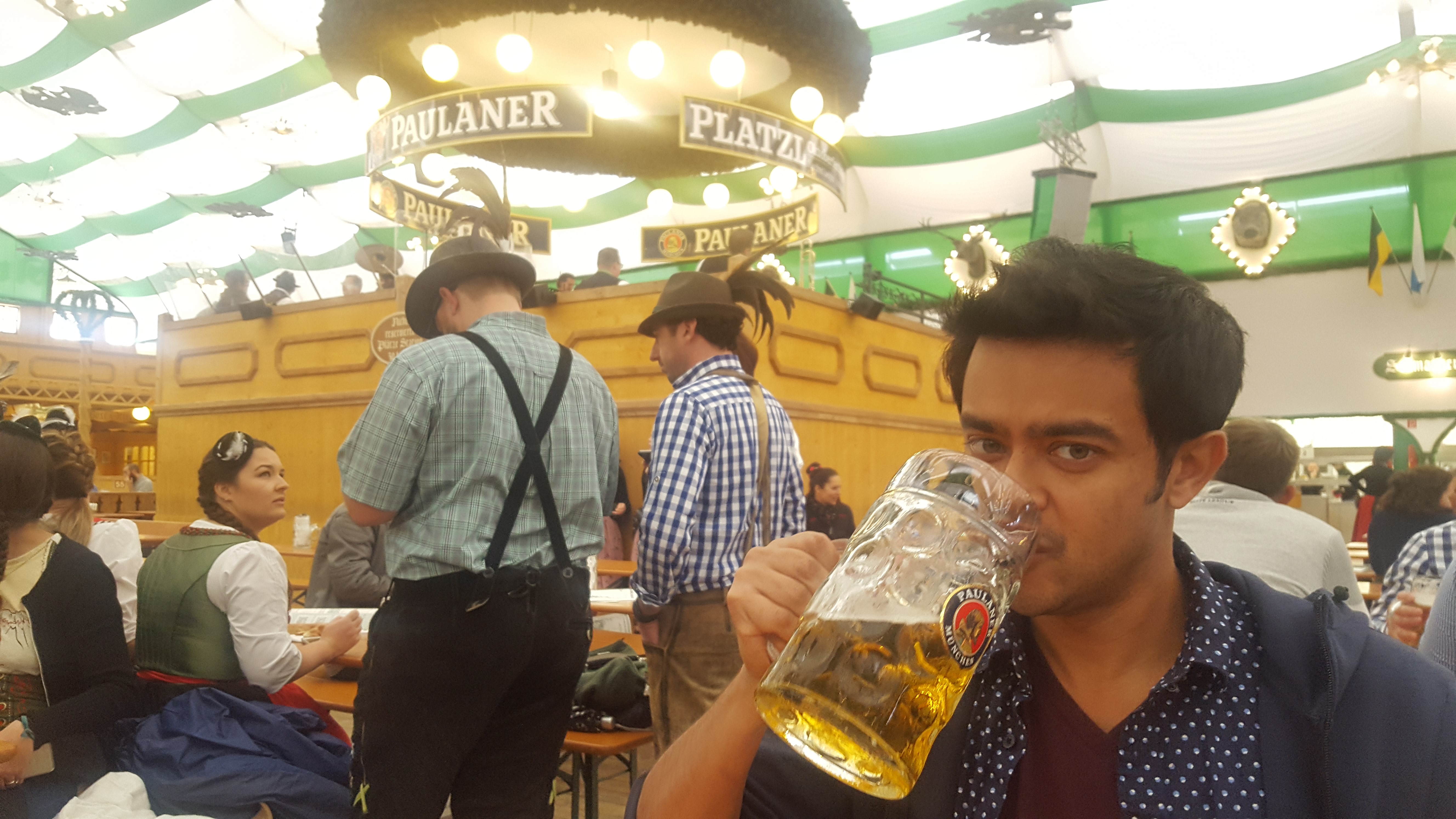 We spent two full days enjoying Oktoberfest, of which I remember one and half. The first day we tent hopped. At the first tent somehow I got into a challenge that I would drink 10 Liters of beer that day Essentially in 10 hours. Jessy has video of me and the first five, after which she went to the bathroom, got lost coming back, then was “drunk furious” at me because she got lost and basically stopped recording and counting. I don’t remember much past that point, but I know I had another when I was waiting for Jessy to come back from the bathroom, and I had a video I recorded with Ari were I had ordered another ( likely number 7 or 8).  I’d like to believe I hit 10, but I don’t think I did.  So that said, blacked out from beer number 6 until until our 2 am doner kabab so the synopsis of the first night is half heresay.

The first Oktoberfest day essentially throughout the day we tent hopped and drank/ate. Every tent was different with its own beer, own theme. Although every tent generally had an Oktoberfest beer, a radler(1/2 lemonade, 1/2 beer), and water on offer.  Later in the night the tents became livelier with people standing on bar benches, singing drinking songs and dancing. Some tents had more modern poppy music, some tents were strictly Barvarin bands and songs. 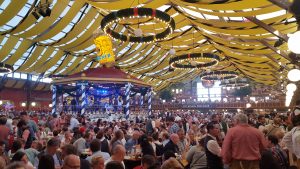 The second day I remember crystal clear We started the day at a small tent, laughing off the ridiculousness that was yesterday and eating schnitzel, pretzels, and roast chicken. Jessy was chiding me to order a beer. I responding by ordering water, 1 liter of water. We hit up a few tents where we repeated this activity and then did something different; we took an amusement park break. Oktoberfest is a family event. Besides the beer tents they also have a whole grounds of games and amusement park rides. Jessy and I rode the tower swings shown in the video below. Jessy did an obstacle course type ride, and we did a funhouse.  The funhouse was most fun since I was completely sober, and Jessy mostly drunk. It turns out taht walking in a funhouse is not so easy for the intoxicated.  After all this we went to one of the larger tents, spent a few hours making friends and singing songs, and then ended the night with a ferris wheel ride before headed home to rest before we took off to Poland.

All and all Oktoberfest is totally worth going to, but don’t waste money on lederhosen if you are not Bavarian. You’ll likely get poor quality ones and it is insulting to the Germans when you wear it. A comparison would be you going to a black tie event in a tee-shirt with a tie drawn on it. If you spring for the real deal you’ll likely never get to wear them again and its a waste of money. Once there pace yourself. As I mentioned I blacked out the first night. I think Ari and Jessy did the second night, and I know the other tourist we met didn’t remember much of their yesterday. So follow the adage of a liter of beer then a liter of water. Lastly, when properly smashed try a fun house.