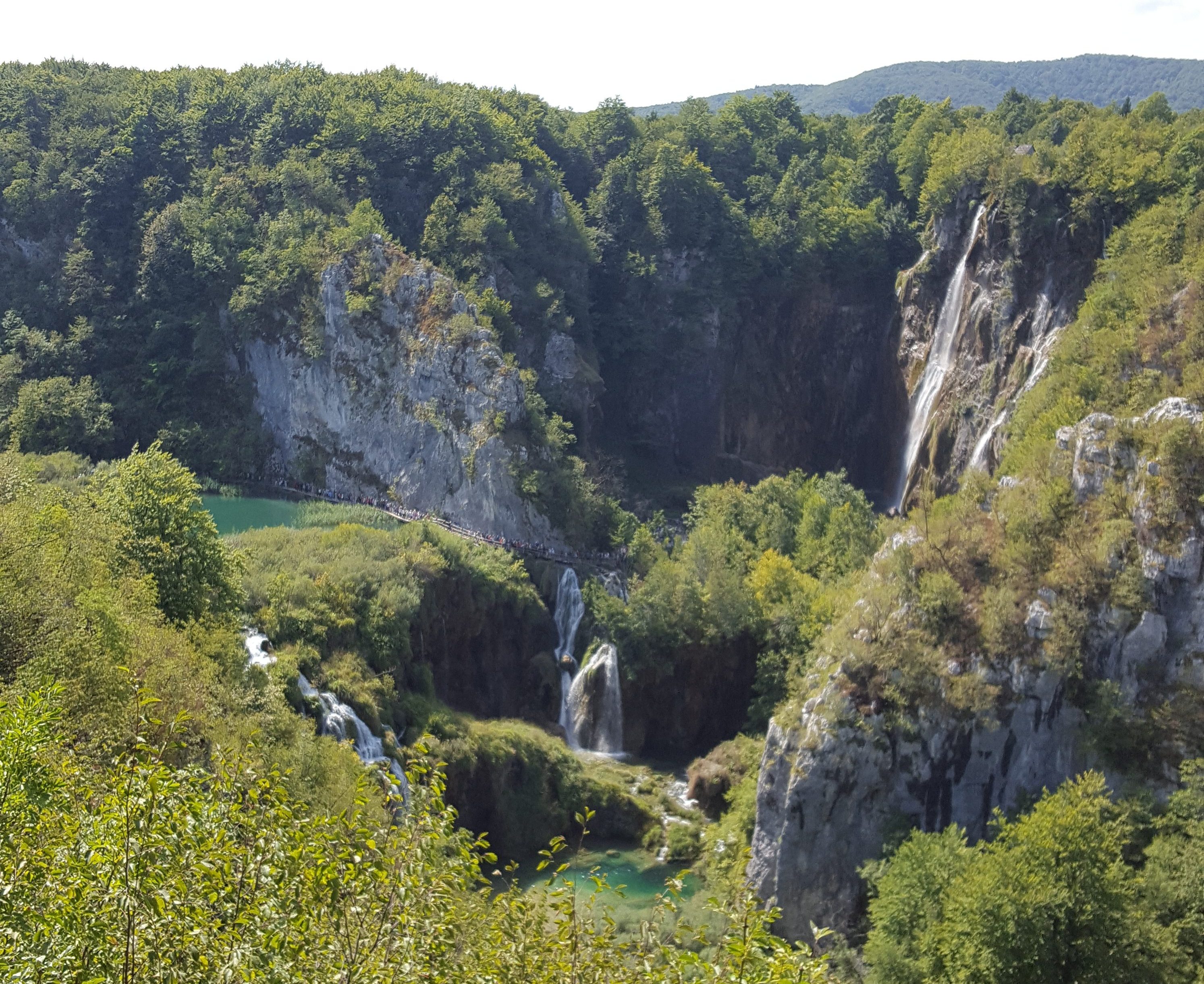 Headed into our honeymoon travel jessy and I had many “conversations” planning where to go and what to do. We settled on keeping things spontaneous but having a few mapped destinations that we had to see and had to do. For the Eastern Europe portion of our trip, pre-Baltics, my  two “requirements” were that we had to see were Krka falls, which is shown in an early blog post, and Plitvice falls. Why falls? Perhaps the lack of rain in Caliornia makes one yearn for the sound of abundant falling water. Anyways, less then a week after starting we hit my number 2.

If I had to chose one word to describe these falls I would choose, “Impossible”.  I would choose impossible because  can’t possibly sum up how incredibly and diverse the place is in just one word. It has sweeping views of a canyon filled with water falls. It has slowly descending rivers each with many falls along the way. The water is a bright, almost neon castle turquoise blue; yet at the same time crystal clear enough to see all the fish swimming around. It had steep and slippery caves and paths… Lots of paths, which meant lots of walking. We didn’t even get to see the upper river section which is supposed to be amazing too because we were so absorbed in the sections we did get to see.

Instead of posting a bunch of pictures here for you its best if I give you a preview through videos. so below is a video Montage.