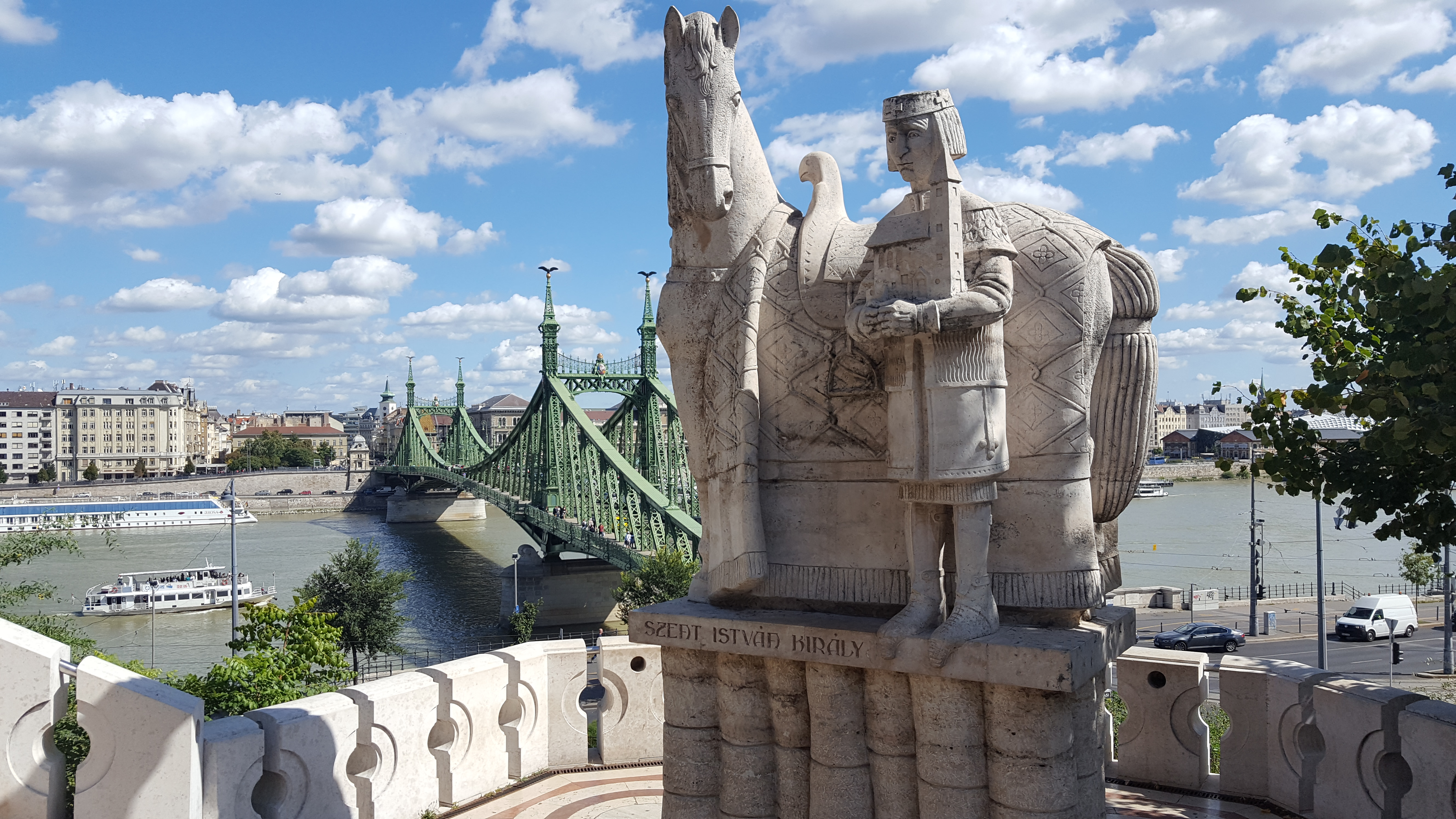 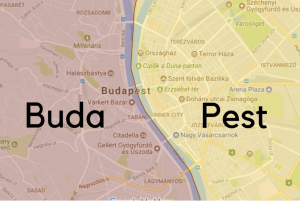 For those that don’t know Budapest is made up of what was once two cities, Buda and Pest. Buda on the west bank of the Danube and is generally considered more affluent historically. Pest, which is on the right bank, is a flatter area and the majority of the present city.  Budapest is a city of castles, spas, amazing architecture, dive bars, and affluent cafes. It is a real city of the ages. However, instead of talking about that I’ll start off by talking about the underbelly off cheats we experienced in our short time there.

Gypsys get a bad rap. Just ask Cartmen from south park his opinion. My personal opinion is not negative about the group of displaced peoples that historically have just tried to make a living in a world that has looked down on them. That said, I did get taken by a Gypsy in a game of shells in Budapest. He merrily sat about 2/3rds the way up castle hill attracting throngs of tourist with his shell games. I watched a few rounds and he seemed to move the ball when someone looked down at or away, a master of slight of hand. I saw the others pay the required price of entry into the game, only to miss the obvious ball. (In retrospect I think they were part of the game to set up the fool, aka me). It seemed the rules were he shuffles three cups, someone pays to guess. If they get it wrong he shows the ball and reshuffles the remaining 2 cups and someone pays to guess with the two cups.

So how did I fail at such a simple game?  He shuffled three cups, I knew were the ball was and had my money ready ( $10 USD equivalent).  I knew where the ball was but someone ( probably his lacky) beat me to the punch and guessed wrong.  He showed the ball (in the cup I knew it was in), mixed it up again and this time I went in first and handed my $10.  He said for the 2 cup game it was $20. So I looked at my wallet and grabbed the other $10. Obviously that’s when he must have done his slight of hand, but I was invested.. and stupid.. and lost the money I had put up.  So lessons are have your money ready if you are going to play, don’t go second, and most importantly.. just don’t play. 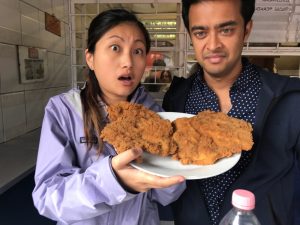 Jessy also got taken, but this time by a cabbie. I can’t remember the specifics but she really wanted to get a schnitzel that she say Anthony Bourdain eat.  It was basically the size of a persons upper leg, huge!  We grabbed a cab at by one of the spas to take to the schnitzel place. After getting in the cab the driver said he was there for a specific faire he has arrived to pick up and couldn’t take us. He then shuttled us off into his friend’s cab, AKA the rigged cab.  Anyways long story short the ride to the schnitzel place was about 5x  the price of the cab ride we took back from the schnitzel restaurant to the spa.

Looking at both these experiences I think the lesson is if the person you are trying to get a service from suddenly changes the rules on you then walk away. They are probably setting you up to be the fool.