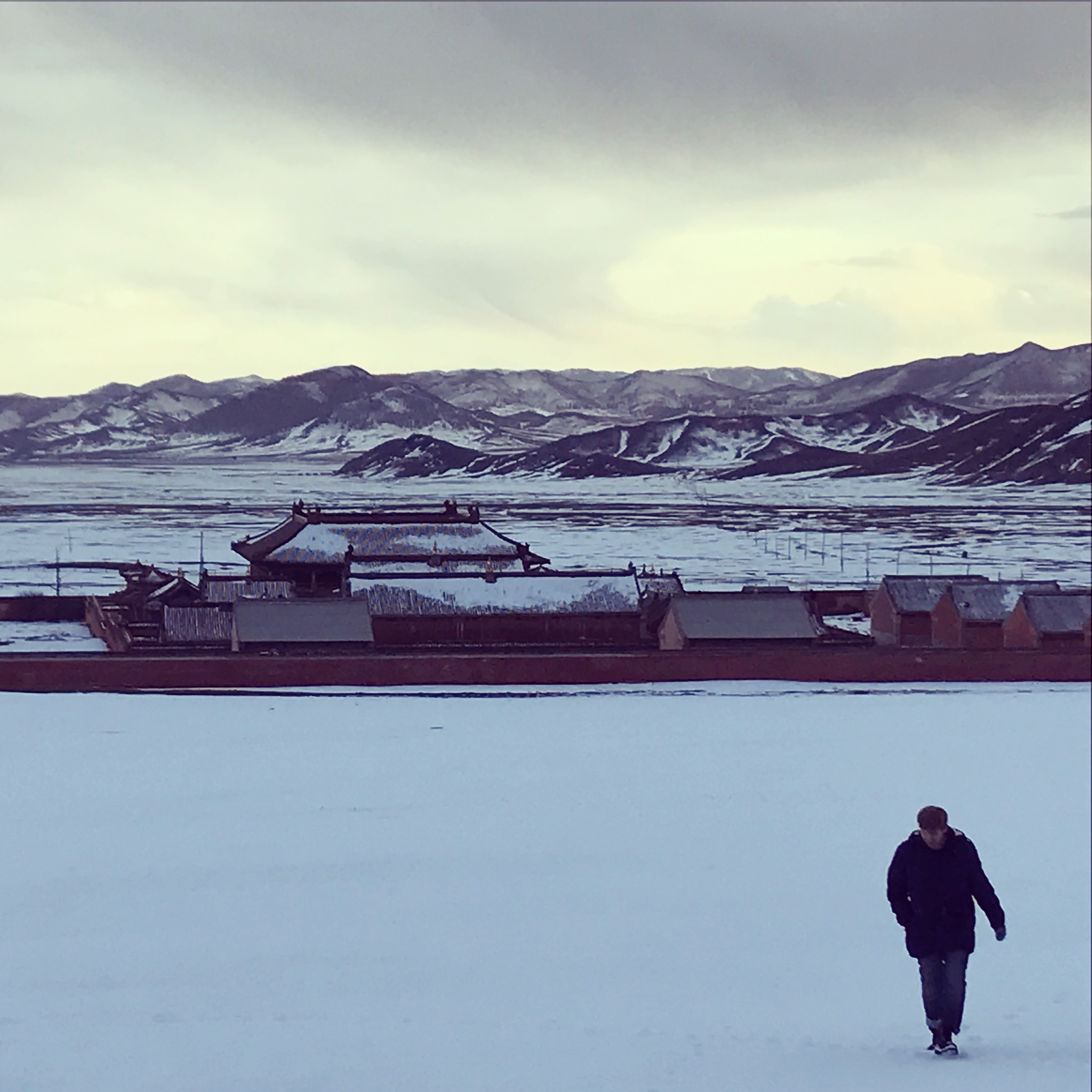 Setting out from Ulaanbatar our group comprised of Jessy and Myself, a tour guide Mogi who was from Ulaanbatar, and a driver Bimba who was from the country and raised horses for racing along with other livestock. Fun fact Mongolia has  3 million people and 50 million livestock animals. Crazy, right? Anyways, our transportation for our journey would be a jeep, and we would soon learn that were we where going we didn’t need roads. 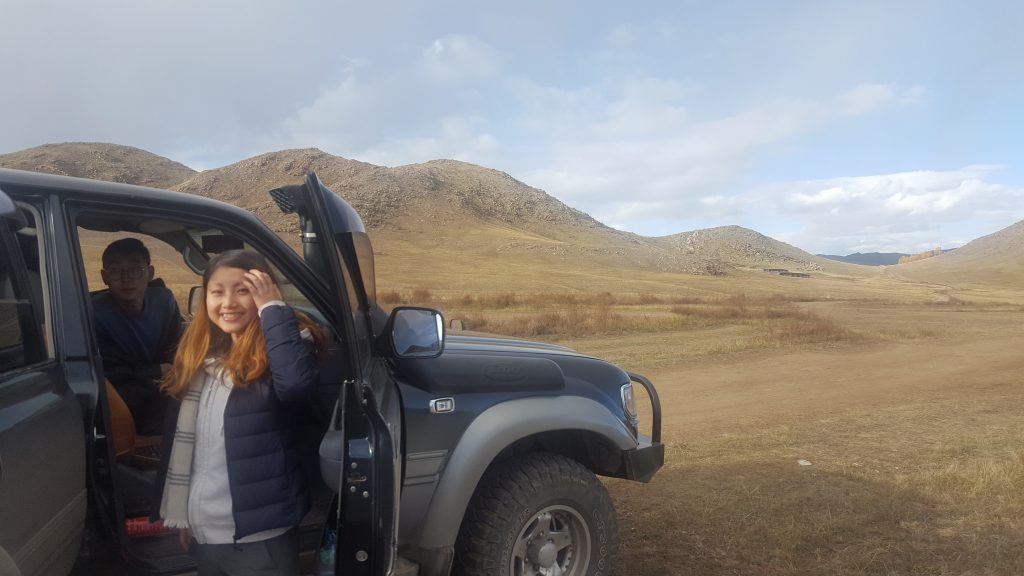 It was a six hour drive to the monastery, most of it off road. Jessy, as you can see form the picture, was really excited to be in the middle of nowhere. She was also ecstatic each time she saw a herd of sheep. In this area of the country the landscape was flatter plains with small rolling hilltops. However as we approached the monastery it turned into a snowy muddy winter wonderland. We crossed a river, and by cross I mean drove through the river, and then zig-zagged across the plain that leads to the monastery trying not to get stuck in the mud. The car in the image below got stuck in the mud, and coincidently contained other people from the hostel we had left from. 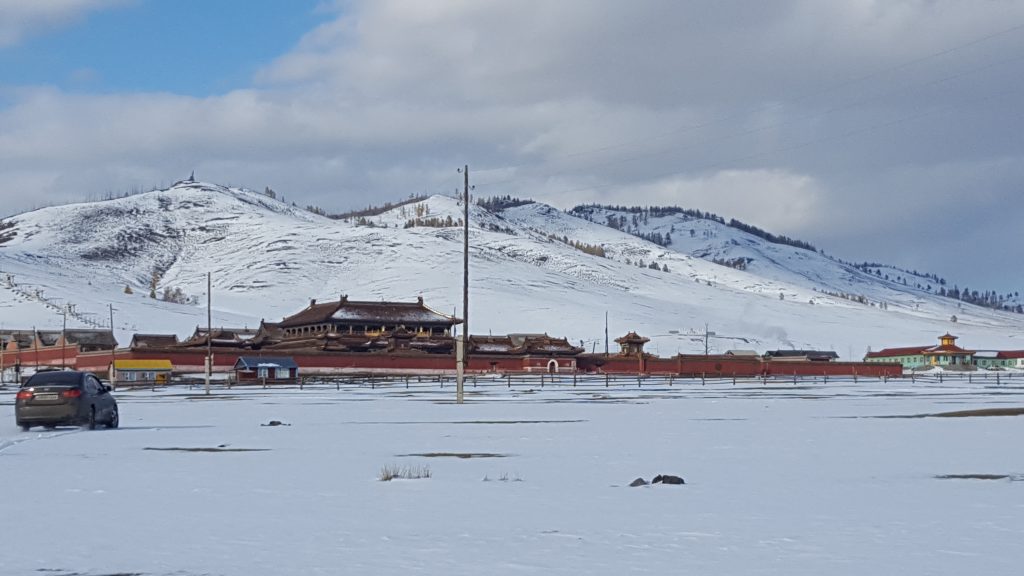 Once at the monastery we initially we could not get in. The front gate was locked. Again its off season so the monks had not been expecting people. We walked around and found a monk who pointed us to the side door that that the monks used and then entered the monastery pictured below. 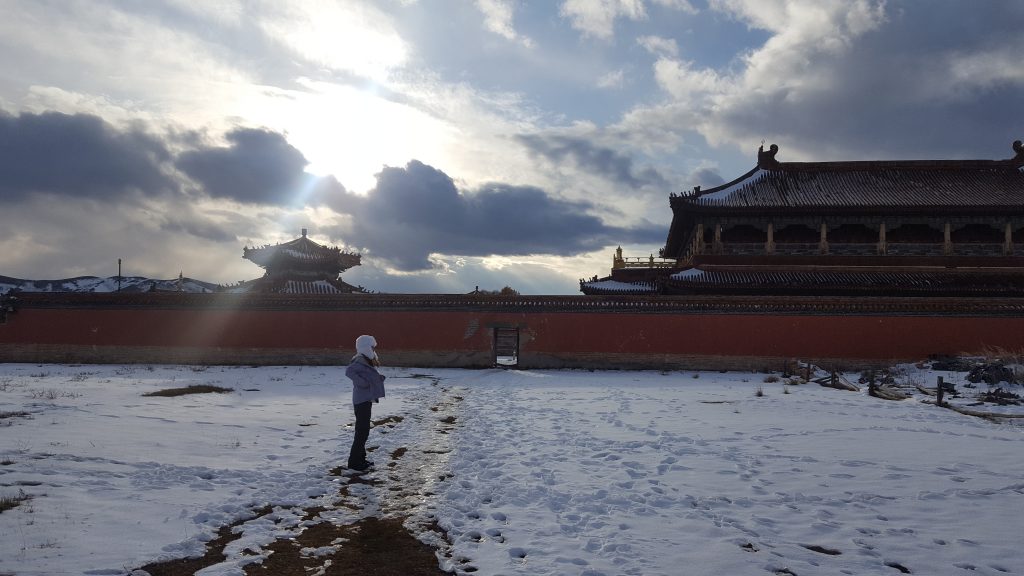 The monastery comprises of multiple courtyards and buildings. Most of the monks lived in housing outside of the monastery, but there were also two large Gers set up in the monastery, one of which was gold with an ornate door. 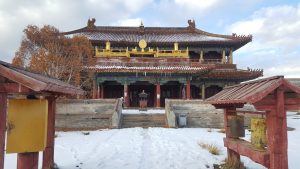 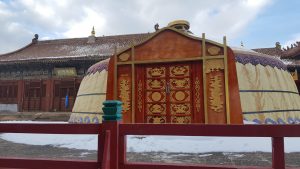 Behind the monetary was a large hill. There was a staircase that led up the hill and to a large buda statue that overlooked the monastery and the valley which it sat in. Jessy and I sped the evening climbing the hill, taking some pictures and then descending the hill downwards and playing with the monastery dogs, one of which may have been a dire wolf. 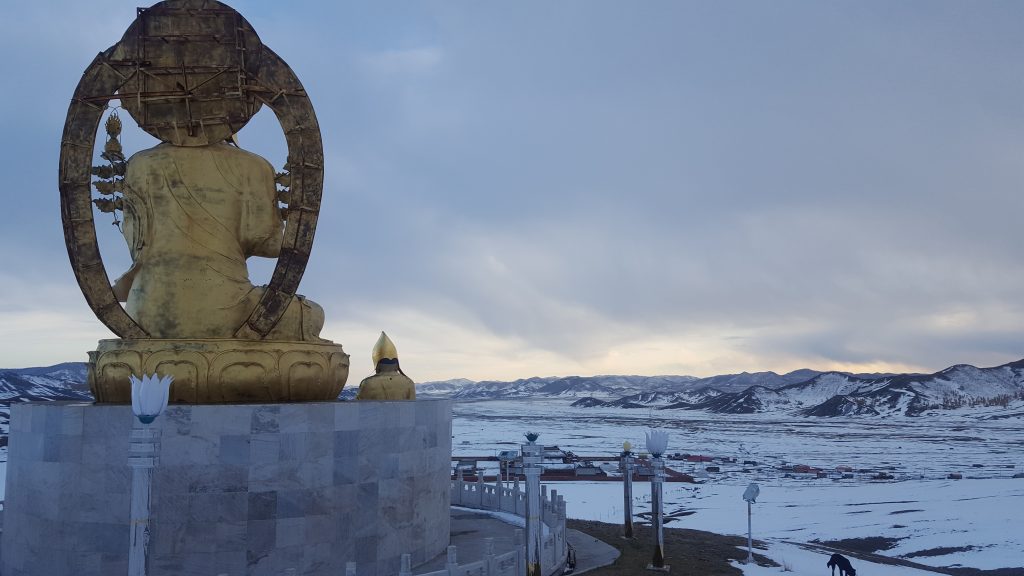 We then retired to our Ger which was warm with a fire in the center stove for the night. Unfortunately the fire did not last that long, the sleeping bags we had been provided with were summer sleeping bags, and we had no matches or a lighter to relight the fire. This ended up being one of the coldest nights we spent in Mongolia and good lesson for being prepared for the rest of our trip. 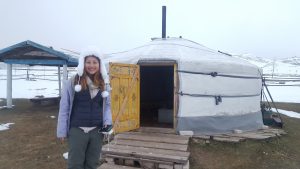 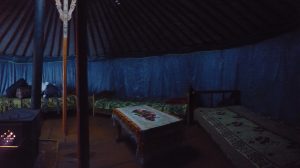 Jessy doesn’t know this bit. In the morning I trekked up the mountain at sunrise to go and see another monument we couldn’t get to the night before. When at the top I saw a few large black dots running across the valley form the other end towards the monastery and hill I was one so I freaked a bit and slipped on the ice and bruised my knee. I did get a few sunrise pictures though out of it, like the one below. 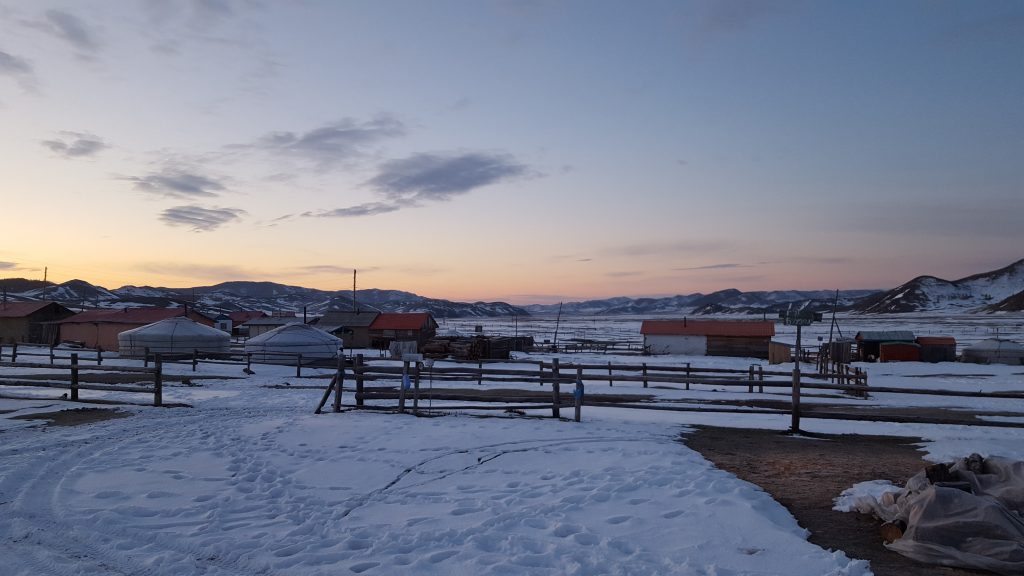