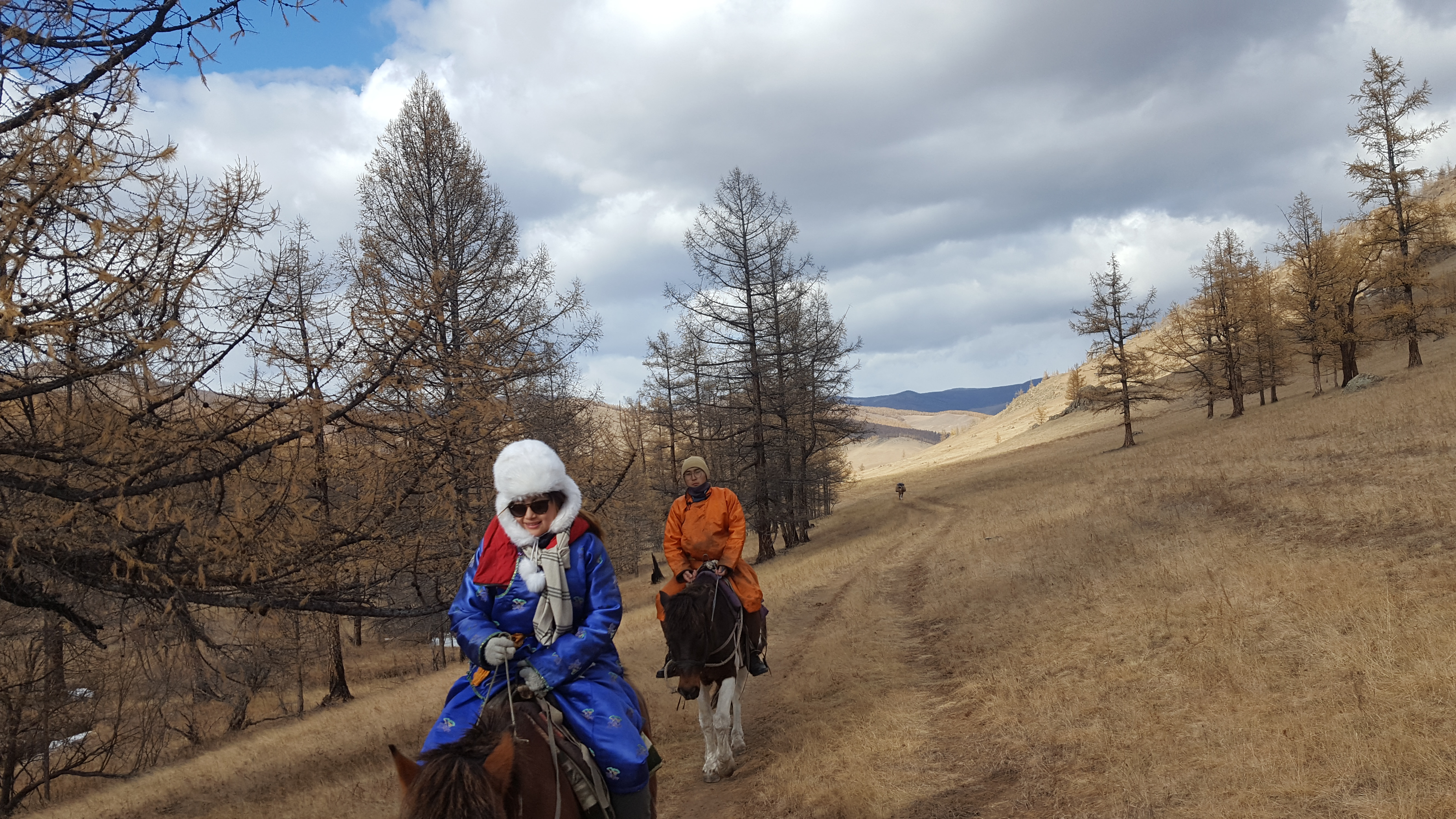 We are including a special entry for the return trip since it included a near death experience.

It was annoying in the way Jessy was annoying on the ride to the reindeer camp in that his horse would start running, because he had no control, and then we would have to work hard to force our horses not to run because they want to be a herd. The more people that failed to hold their horses back the more work for the remaining people to prevent their horse from running. For much of the trip it was just me and the horse guide holding our horses back.So that was an annoyance, especially when paired with the soreness we still had from our ride there.

Like before we stopped for lunch about  half way back. This time we stopped at a stick monument. The horse guides offered us some water… it was not water. It was some sort of home made bathtub liquor. I had some and have yet to go blind so I guess it was made well. It tasted like rubbing alcohol though. 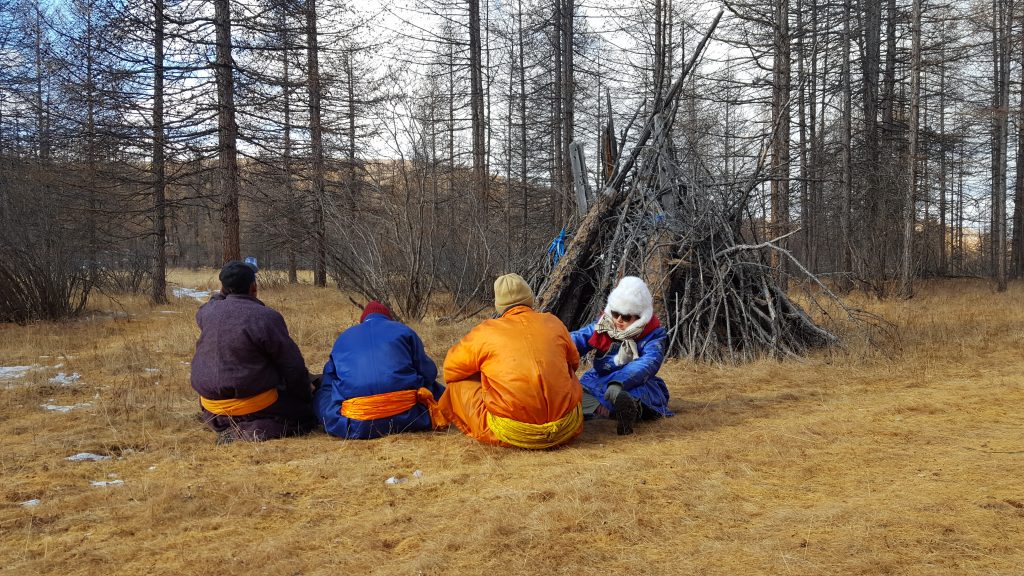 So the trip back was mostly fun. We had more control over our horses and the view going down he mountain was much more scenic then the view climbing it. The annoyance of the Japanese person’s lack of control mostly subsided after two hours in when his horse got tired and stopped running ahead so it was an enjoyable trip up until we got to around 30 minutes or so from the “no car fence”. 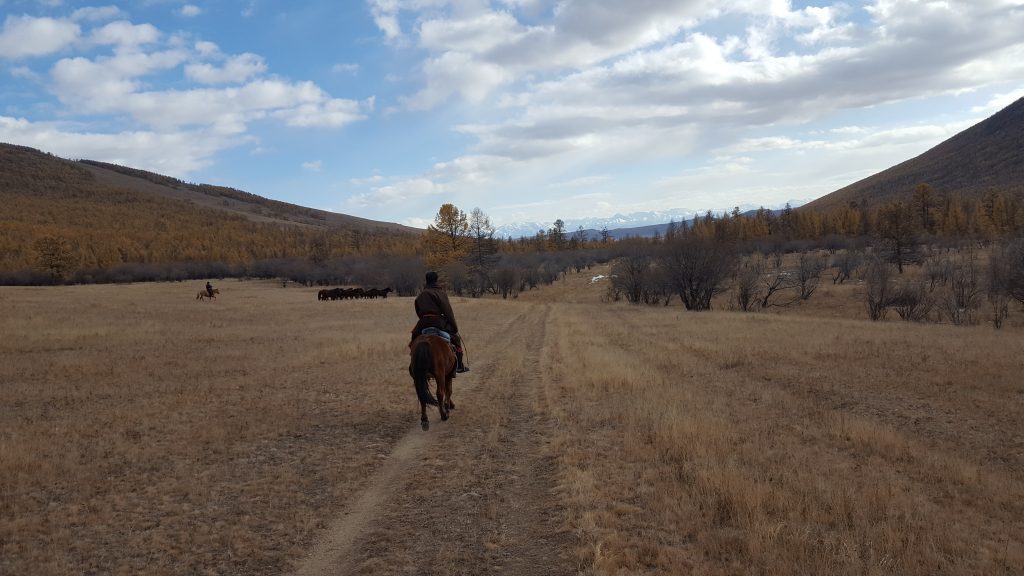 At this point the other horse guide, who throughout the trip would run off, do something, then gallop back, egged our horse guide to let the horses do a full run. So they started running. I’ve riden horses before and run with them before so I know what it takes. My legs where tired, my butt sore from 2, and most importantly my knee sore from falling on ice at the monastery so I did not have what it took to control and stay on a horse running at full speed, and I’m sure Jessy was less prepared. As we are running I’m telling our guide to tell the horse guide to slow down that its not safe for us. The horse guide was not listening to him. He was probably drunk and having fun with his friend. Eventually they did slow down. Mogi yelled at him, and then the guide started running again. Anyways I was really annoyed about the whole situation, but that’s Mongolia for you. We didn’t die… so whatever.

When we got back to the camp I popped into the horse guides tent and he was watching Mongolian horse racing.  It is an event where children race horses through the plains in a straight line. I guess these kids sometimes fall off and die. Again that’s Mongolia. I think this may have been why he was in such a hurry to get back.

Below are some pictures from our ride back. As before click to expand. Such blue skies and beautiful scenery 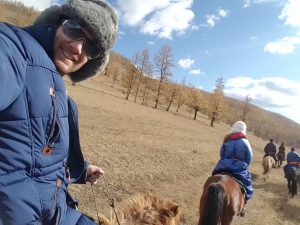 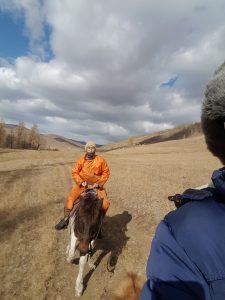 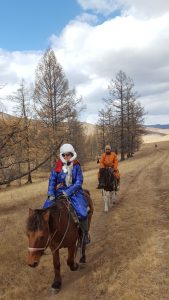 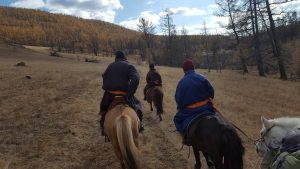 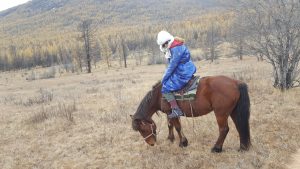 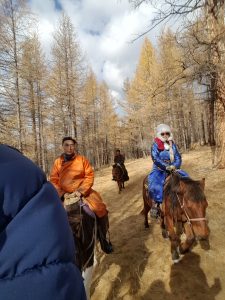