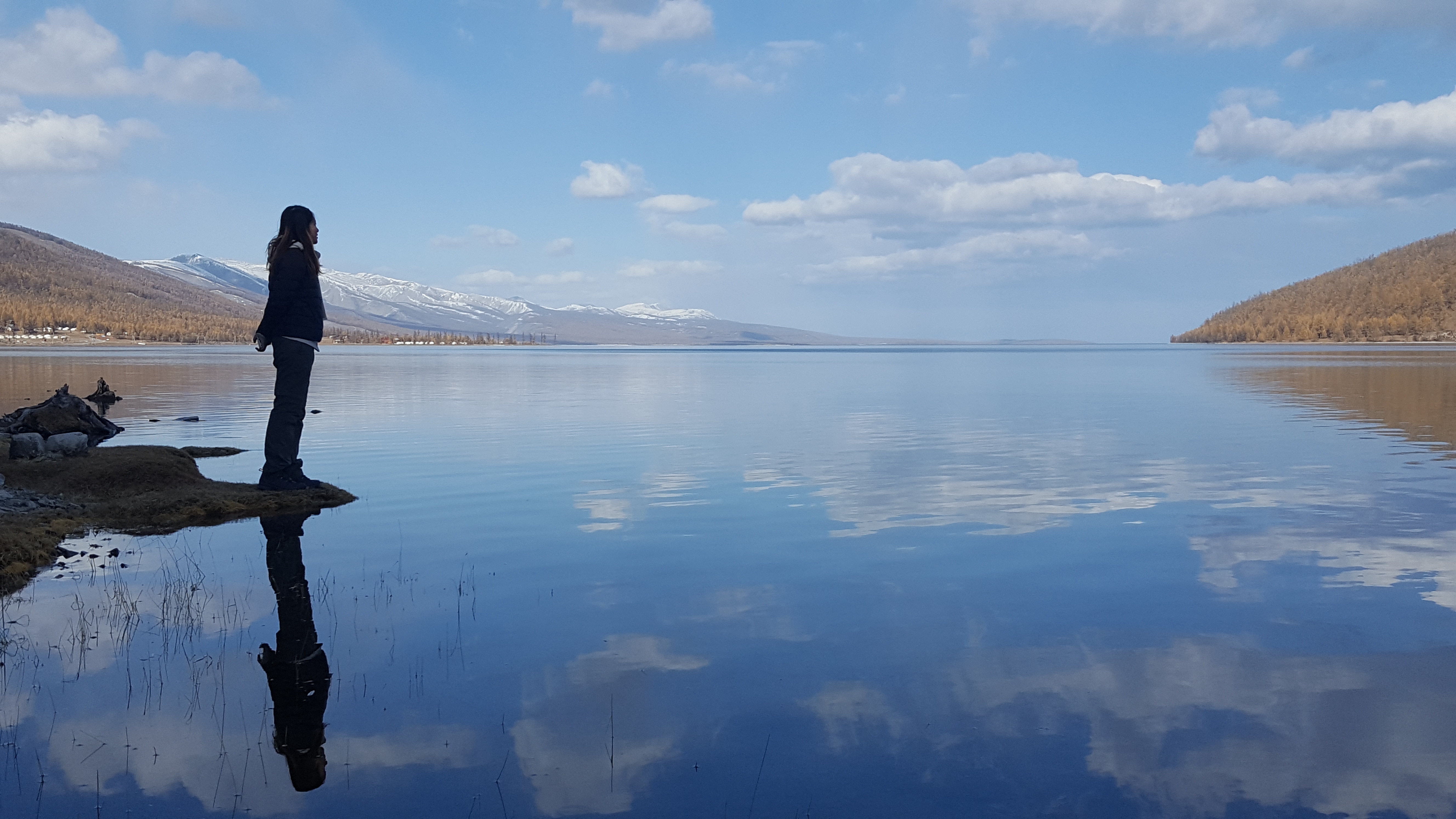 Lake Khovsgal is a glassware clear lake in the northern part of Mongolia. It is supposedly the 2nd largest fresh water lake on planet earth. The water is crystal clear, and it was a little weird that at least from the shore we saw no fish. Maybe its because its so high in the mountains.

Anycase we did go and  shower. It was not like the communal showers of 1980’s China. That’s what I had expected. Instead each person had their own shower room. You took off your shoes in the main hall and were provided with shower shoes to wear around the facility. You could then purchase soaps and shampoos before heading to your shower room. The shower room itself consisted of a stool, a place to hang your clothing, and then a curtain. On the other side of the curtain a standard shower head. Nothing too crazy, but the water was nice. It was too bad our clothes were still dirty after the shower.

After the shower we drove up to the lake and walked along its edges. We found a few places to get in to trouble, climbing some walls and walking over some planks to get better views so we could look for fish.  We also spent some time skipping rocks and taking instragmish photos and throwing rocks into the lake to build bridges to little islands that where near the shore that we could claim as our own. 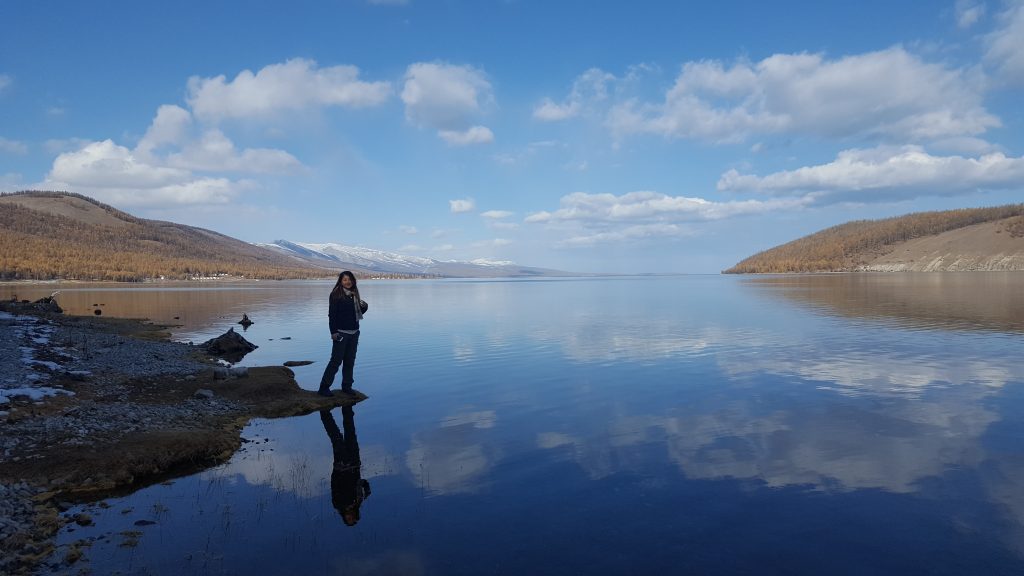 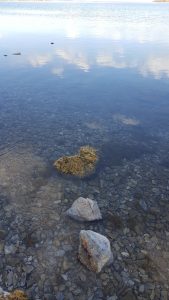 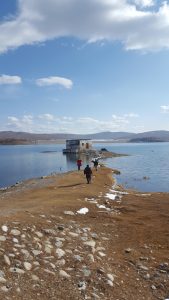 Following the lake shore lead to a forest area that is on a hilllside with the base of the hill being the lake. We trekked through there, running into a few stray dogs, fire pits, and motorcycle tracks in the snow. 15 or 20 minutes walking on the lakeside leads to a resort area where the resorts were under construction since it is the off season. The place most be nice in the summer, full of sun and swimmers. In the early winter it is desolute and has a beautiful solitude to it.

Hiking back through the woods we took the upper route. Jessy tried starting a forest fire in the fire pit, luckily she failed. 😉 Below are some pictures from the wooded hillside. 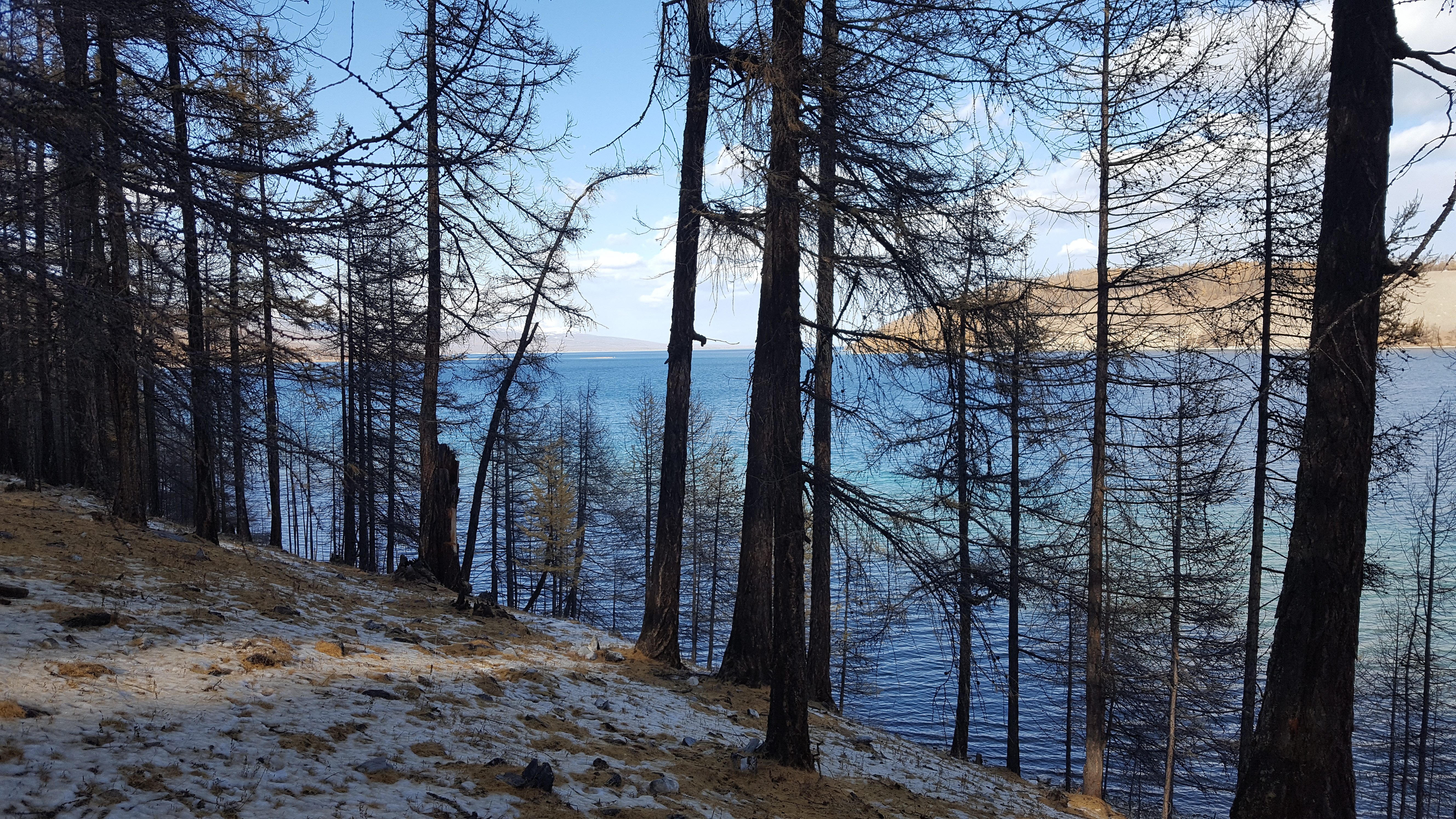 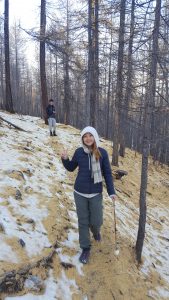 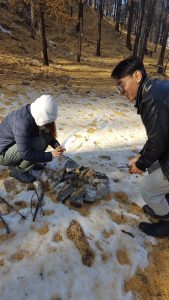 After returning from Jessy and Bimba went back to the guesthouse. Mogi and I hiked up the hill south of town, on top of which was the town monument. It gave a sweeping view of the valley. On the return trip to camp we passed a dad riding a horse next to his son who was driving a motorbike. He ws teaching him to drive the motorbike. We also passed a motorbike with three kids on it, none older then 12. A pretty and serine day. A good recharge for our legs and butts that were still sore from riding horse and reindeer. 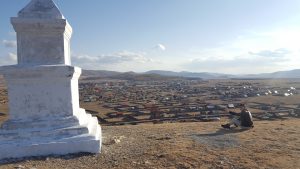 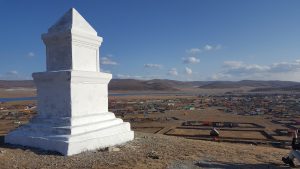 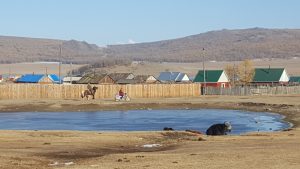